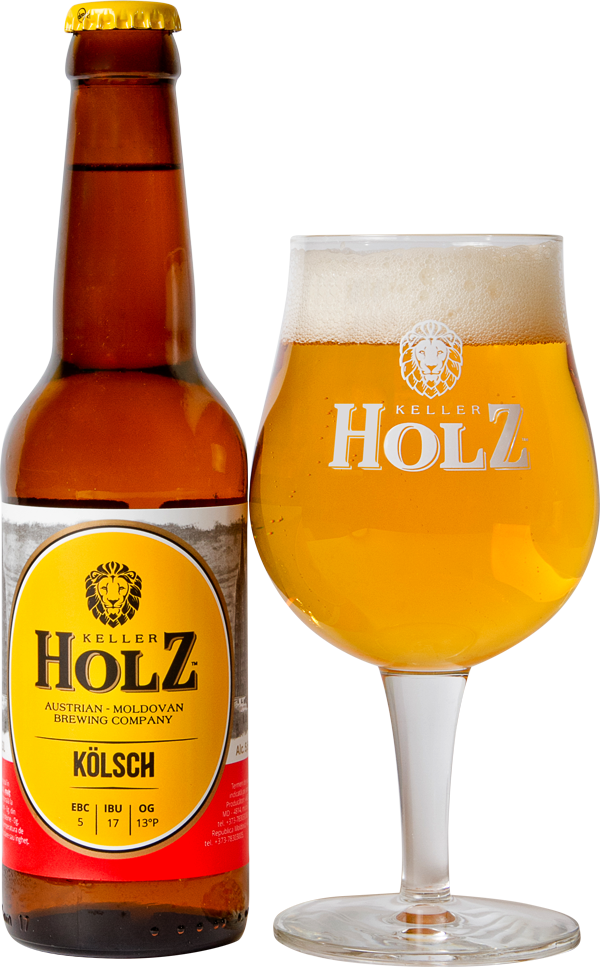 ABV = Alcohol By Volume. The higher this number is means how much alcohol the drink contains.

IBU = International Bitterness Units. This is a scale of bitterness from 0 to 100. Bitterness is perceived differently by people and the IBU number shows the general direction: the higher the IBU, the more bitterness the beer contains.

OG = Original gravity. It is indicated in the form of a three- or four-digit number, by which amateurs determine whether the beer is dense or not.

EBC = (European Brewing Convention) - brewing standards on European level established by the convention of European brewers. This abbreviation mainly refers to the intensity of the malt color.

Kölsch is refreshing and flawlessly transparent, usually with a very subtle fruity and hop flavor. Historically, the style originated in western Germany in the city of Cologne, at the beginning of the 20th century, when new filters began to be used in beer brewing for achieving transparency of beer. This clean, crisp beer pairs well with duck, pork, light salads and fruit desserts.